The baby's cry pierced the edge of my consciousness and I woke slowly; my room at my parents' house where we were celebrating Thanksgiving shrouded in the murky half-light of dawn.

Down the hall a door opened and I heard my sister pad towards the sound of the cries.

With a few whispered words, she picked up her three week old baby girl to soothe, to feed.

It would be an hour yet before the sun rose, but my sister's day had begun.

I laid back, my eyes heavy with exhaustion. I had only one thought as I dropped back into sleep to the sound of David's slow, even breathing beside me.

Ever since my sister had called me seven months before to tell me she was pregnant, I wondered how I would feel when the baby arrived.

I wanted kids. I always had. And we were planning on it. Someday.

But when I arrived at my parent's' house for that Thanksgiving and in short order found a three week old baby in my arms, my brain screamed.

And I handed her over to a nearby set of willing arms.

And I worried. I worried I would never be ready to give us that someday family. That maybe I wasn't meant to be a mother.

I had always assumed that having kids was my birthright. Part of the privilege of being a woman. And I felt betrayed by my lack of maternal urges.

And we did settle in, together. We held on to each other as we built a home, learned a neighborhood, and solidified a marriage that was a mere two years old.

And together, we radiated the kind of contentment I had always hoped for. Wished for.

And I started to think that maybe there was something else for us on the horizon. Something good. Something new. Something different.

Three weeks ago I held another one of my sister's babies in my arms - a boy this time. And as he slept with his tiny head on my chest and I breathed in his sweet new baby smell the voice in my head piped in once again, not at all panicky, but just as strong. 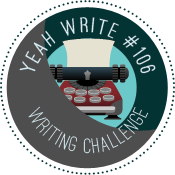