The buzz in the air is palpable. It saturates the starting line with a dizzying cocktail of excitement and nerves. Runners loiter around. They stretch. They eat. They talk to each other. They laugh. They either try not to think about the distance stretching before them or they focus hard on the miles ahead. The starting gun goes off. The crowd cheers.

They run the course, feet pounding the pavement in a metronomic rhythm soothing in its familiarity. They run through neighborhoods and city streets alongside thousands of strangers who are not strangers but family - a running family. They feel a strength born from months of training and a fierce determination earned for battling cold, heat, rain, snow, doubt and injuries on their journey to the start.

At some point along the miles their energy might begin to flag and they may wonder if they have enough to reach the end. They focus on the spectators lining the course; the people who stand for hours to cheer on family and strangers alike. They grab a cup of water from a smiling race volunteer. They offer some encouragement to another runner in need. And they feel their second wind kick in.

And then they see it. The finish line, rising in the distance. Two meters away or two miles, it doesn't matter. Because it's there. They stand up a little straighter. They run a little faster.

Pain is forgotten, as they start to fly. The roar of the crowd helps carry them down the final stretch. They cross the finish line. Head up. Eyes clear. Legs strong.

When they stop moving, the fatigue comes crashing in, but with the medal heavy around their necks the exhaustion feels good. It feels right. It feels earned.

The finish line belongs to them.

Last May that finish line was mine, and in two weeks it will be again. But for the runners in yesterday's Boston Marathon who had yet to reach the finish line when the running world forever changed, and even for the ones who already had, it wasn't theirs. It belonged to horror. To violence. To suffering.

And when my legs stop moving, and the fatigue comes crashing in, and the medal is heavy around my neck, my tears will mix with theirs. 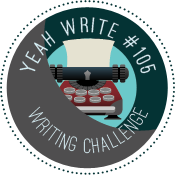 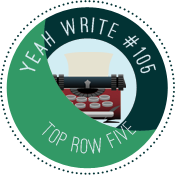 Posted by Samantha Brinn Merel at 10:59 AM