I stared into my t-shirt drawer last Saturday morning as if the secrets of the universe could be found among the folded fabrics.

The only short sleeve shirt left in the drawer was the grey one David brought me back from his Texas trip in March.

I don't wear that one anymore, because of the last time.

It had been a beautiful April day and we spent much of it outside. Happily exhausted, I changed into the grey shirt, and we settled in for the night. David was flipping through On Demand to choose a movie, and I went into the kitchen to get dinner ready.

I was opening the drawer to get a spoon when I heard the ominous sounds of water hitting the basement floor.

I went down to assess the situation, and when I got there I saw sewer water and bits of toilet paper streaming from the top of my washing machine's discharge pipe.

I fumbled out my phone to call the plumber I practically have on speed dial. Of course, he couldn't come until morning, so David managed to free huge clumps of toilet paper, and then, thinking it would hold until the plumber came, headed up to take a quick shower because, sewage.

I stayed in the basement, eyes glued to the pipe as I heard the shower start. A couple minutes passed, and just when I thought we were ok, a new clump of toilet paper rose to the top of the pipe and before I could react, it burst free, and gallons of water and poop geysered out, covering the washing machine, our basement floor, and my clothes.

We spent the next five hours cleaning it all up, and couldn't run any water in the house until the plumber came the next day to clear the clog.

When the ordeal was over, I shoved the grey shirt into the hamper, and vowed never to wear it again. I'm a little superstitious, and that shirt was now bad luck.

So for the two months since, the shirt has lived in my drawer. I was certain that if I wore it again we would face another plumbing nightmare, and I really wanted to avoid that.

And for two months, our pipes behaved.

With that in my mind this past Saturday morning, I considered borrowing a shirt from David's drawer before I came to my senses.

A shirt does not cause your pipes to clog, I lectured myself.

Pull yourself together and put it on.

Feeling righteous and very adult for facing my anxiety-ridden superstitions, I headed downstairs for coffee.

When I walked into the kitchen, the sound of dripping filled the room. Certain it was my imagination, I went down to the basement to confirm.

It wasn't my imagination.

Sewer water and toilet paper were once again streaming onto the basement floor.

While David called the plumber, I peeled off the grey shirt and shoved it straight into the garbage can. 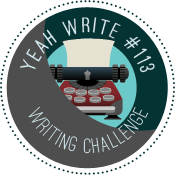 Posted by Samantha Brinn Merel at 10:54 AM