My Books and Finding Order in Chaos

It was August. My wedding was in seven weeks and I had to be out of my apartment in two.

Since I was moving into David's when we got married and I would be traveling for most of the next seven weeks, I decided it would be easiest for me to move all my stuff into his apartment when my lease was up and live out of a suitcase until the wedding.

I had been moving things slowly for a couple weeks. Since I wasn't taking any furniture I decided to do it all myself. We lived twenty blocks apart after all, and I was at his apartment almost every day anyway. I just took stuff with me every time I went over, and it worked pretty well.

The third Tuesday in August started out fine, until I couldn't find the outfit I decided on for work. I rifled through my closet and drawers, but it was nowhere. In a flash, I knew what had happened.

It was in the bag of stuff I took to David's the night before.

A panic I was unaware had been simmering just under the surface started to rise.

I looked wildly around my chaotic room at shelves still half full, and piles of clothes and books waiting to be packed. My eyes fell on a stack of wedding presents in the corner, and I thought about similar such stacks in David's apartment, at my in-laws' in the Bronx, at my parents' in Pittsburgh.

My chest got tight, and my breath hitched.

Still in my underwear, I grabbed a massive rolling duffel and started throwing books in by the handful. When my entire collection - three hundred in all - was packed and I reached back to close the zipper, I saw the clock. If I didn't leave in two minutes, I would be seriously late for work.

I picked up the phone and called in sick, got dressed, and rolled that duffel straight out the door.

I hefted the bag into the first cab I saw and gave the driver David's address. David was already gone, so I let myself in and started unpacking.

When the bag was empty, I had books stacked all over the floor, but nowhere to put them. All the shelves were full.

Breathing hard with crazy eyes, I proceeded to take David's stuff off of every single shelf in the apartment, stack it all under the coffee table, and line up my books.

I figured David probably wouldn't be too pleased with my solo redecorating, and I spent the rest of the day preparing for a fight and figuring out how to explain that I needed all the shelves for myself and he had to find somewhere else for his stuff.

When I heard his key in the door later that night I forced myself to wait him out.

He walked in, saw the shelves and looked at me. I tensed, spoiling for the fight, expecting the explosion. 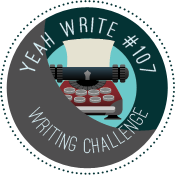