Putting the Pieces Back Together

I sat in the car, eyes closed, summoning the courage to do what I had come to do.

The October sun beating through the windshield seemed strange and out of place and I thought how a gloomy rain would have suited my mood far better than the glorious New England fall day.

I didn't know what I was going to say, but hoped that the words would be there when I needed them. I wasn't even sure if there was anything I could say to make it easier. To explain it to him.

He probably wouldn't understand anyway. He thought he was perfect. That I was to blame for everything. It had been that way since our first date at the beginning of my sophomore year of college, and it took me more than two years to finally understand.

He was never going to change, so I had to.

Until that day, it never occurred to me that our relationship would end, and certainly not that I would be the one to do the ending. I thought that if I was agreeable enough, and clairvoyant enough to anticipate his moods and his whims, we could really make it work. That if I could just stop making mistakes, he would stop getting angry, and we would stay together, and happily.

But that day, my eyes opened for the first time in twenty-six months. The words of caution from my sisters and friends that I had been ignoring pushed to the front of my brain. That day I glimpsed my future, and I did not like what I saw.

The most important parts of myself had fallen away so slowly over the past two years that I barely noticed they were gone. But sitting in front of an important test for which I was woefully unprepared, I suddenly felt the missing pieces so acutely that their absence stole my breath.

I opened my eyes and looked up at his dorm, imagining him inside, oblivious about what was about to happen. Thinking about how he would respond when I said what I had come to say. Waiting for the guilt and fear I would always feel when I knew I was making him unhappy.

But for the first time in more than two years, I felt neither.

A glimmer of the girl I was before he walked into my life was still inside of me.

I opened the car door and stepped out into the sunshine, ready to find the rest of her. 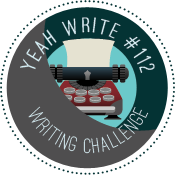