Maybe Some Point is Going to be Today

Every time my doctor hands me a strip of the blurry black and white pictures I stuff them into the side pocket of my bag with the hair ties, ear buds, clear nail polish, travel bottle of Tylenol, and other random things that live there indefinitely. Then I forget about them until I need to tie my hair back, watch Netflix on the train, repair a nail or stop a run in my tights, or cure a headache. I rummage around in that side pocket for whatever I need, and instead come up with a handful of ultrasound images.

For a second I think that I should really do something with the pictures, if for no other reason than to get them out of my bag that already houses more stuff than I ever actually need. But then I put them right back in the pocket.

I can practically track the baby's progress just by reaching for a lipgloss.

And I can track other things too.

Walking to the doctor's office wondering if maybe those two lines on the test were somehow mistaken and there was no baby after all. White knuckling the chair in the waiting room and wondering if there would still be a beating heart. The ultrasound technician who almost gave me a heart attack with her silence and her stern face. The other ultrasound technician with her smile and kind eyes and her promise to show me the heartbeat first thing so I didn't have to be afraid. The time I ended up in the hospital for blood pressure that is completely normal except when a nurse tries to take it at the beginning of an appointment.

Because one time about a year ago I was expecting my second strip of pictures, the 10 week ones, but instead I got no pictures because there was silence where there should have been two beating hearts. And my plan, already in effect, to stick the pictures from every appointment into the chapter for the corresponding week in my brand new copy of What to Expect When You're Expecting came to a sudden and jarring halt.

So this time around I had exactly zero plans for the pictures and that still brand new book has stayed on my shelf, unread and out of sight, because I didn't want this time to be anything like last time.

And it hasn't been.

So maybe I'll take all the pictures out of my bag and find a drawer where they can live because when you've been where I've been I don't think that you ever really stop worrying, it's just that at some point you decide to be brave, and to start saying "when" instead of "if," and to consider the idea that this time there will be a happy ending to the story, as improbable as that once seemed.

Maybe I'll do it tonight.

Maybe that some point is going to be today. 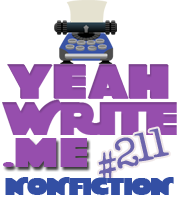 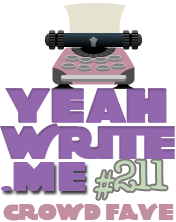 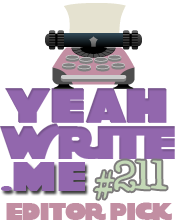