We knew the end was near - had known for some time.

My two sisters and I sat by her bed, watching the steady rise and fall of her chest, comforted by each other and a lifetime of memories, and secure in the knowledge that she would soon be with our father - her beloved husband of nearly sixty-five years - who had passed away the year before.

When she stirred, we all snapped to attention. Her time awake was getting shorter and shorter, and none of us wanted to miss a minute.

I could see instantly that something was different. Her eyes were clear, her voice strong.

Our faces were masks of confusion. My mother had always told us she was an only child, and the only one in her family who survived the Holocaust.

We didn't dare speak as she continued her story.

"You know that I was twenty when the Nazis stormed through our town and took us away. But it wasn't just my parents and me. It was my sister too. Her name was Marion. She sat next to me in the cattle car when the soldiers slammed the doors and padlocked them from the outside. She was with me when the car pulled through the gates of Auschwitz. They sent my mother and me in one direction, and my father and Marion in another. My mother was screaming and Marion was crying. And I just watched as she was herded away. That was the last time I ever saw her."

A tear slid down my mom's cheek as she pulled her arm out from under the blanket and gazed at the tattoo on her forearm. The numbers faded, but standing out in stark contrast to her white skin.

"Every day of the four years I was in the camp I looked for her, and when the camps were liberated I tried again, but no one remembered seeing her after that first day. I came to America, I met your father, I raised you girls, I built a life, and I tried to forget what came before. But I couldn't.

Mom's eyes were clear again as she searched each of our faces.

Exhausted from the effort of her story, she drifted off to sleep. And never woke again.

On the third day of shiva, while we were eating breakfast, the letter was delivered, addressed to my mother.

The plain white envelope was simple, but it was the handwriting that made it stand apart from the rest of the junk mail and bills that had piled up since the funeral. The address was written in fountain pen in a beautiful script that looked both meticulous and old fashioned.

Curious, I opened it and began to read.

I am your sister, Marion.

***********************************
This piece of fiction commemorates Yom HaShoah - Holocaust Remembrance Day
We honor the six million Jews who were killed, celebrate the enduring spirit of those who survived, and promise that we will never forget, and never stop telling their stories. 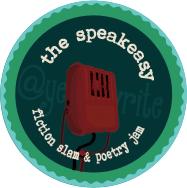 Posted by Samantha Brinn Merel at 10:09 AM