It was the second day of the New York Bar Exam, and I couldn't remember my Social Security Number.

I wrote my name on the test booklet for the final session of the exam, but when I started to write my Social Security Number, I couldn't remember those numbers that the graders would use to match my score to my name. The numbers I needed to become a lawyer. My heart started knocking against my ribs as if it was trying to escape, and I fought to calm my breathing down. I sneaked a look around at the other test-takers who seemed just fine in the memory department. Because honestly, what self-respecting law school graduate forgets a Social Security Number?

Well, I do, apparently.

The harder I pushed through the recesses of my brain to try and uncover the missing information the more elusive it became. I thought maybe there was a 6...and an 8...and a 7. Or maybe not.

But if I told the proctors they would probably have to report it. Then the Board of Law Examiners would find out. Maybe they wouldn't let someone with such an obviously impaired memory become a lawyer. Maybe I would just fail by default. Maybe I would have to come back and take the test again. Maybe the last three years were a waste after all. A good lawyer would remember her Social Security Number. Maybe I shouldn't even be a lawyer.

One hundred multiple choice questions were all that stood between me and the end of this nightmare. But I would never get there if I couldn't remember those eight - no nine - little numbers. God, I couldn't even remember how many numbers I needed to remember.

My heart was beating approximately four thousand times per minute and for a second I thought I might pass out. But I figured that wouldn't be such a bad thing after all because maybe when I woke up I would remember my Social Security Number.

Somehow I made it through all of the questions, and walked my sadly Social Security Number-less exam book up to the proctors.

But then, as if by divine intervention, nine numbers crashed through my head. The right order? Who could know? I bent down over the nearest available surface and wrote the numbers as fast as I could, before they could fall out of my head yet again. I threw my test at the proctor and booked it out of the Convention Center.

A few times over the months until I got my results, I woke up in the middle of the night, wondering if I wrote down the right numbers. Only, in an ironic twist of fate, I could remember my actual Social Security Number, but not the numbers that I wrote down on the test. So I started planning for an alternative career.

But as it turns out, the numbers were right. 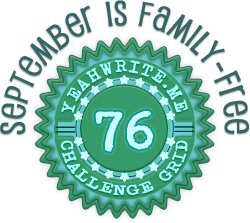