The Comfort of Sameness and Jewish Tradition

I knew that, at about the same time, there was another funeral too. And there are more today, and there will be countless others in the days ahead. But it was Noah's that was on my mind as I went about my business yesterday. It was Noah's that I couldn't get out of my mind. Not because he is more important than all the rest; of course he isn't. But because Noah is Jewish, and so am I.

So while I couldn't be quite sure what the other funerals would look like, what the order of the services would be, for Noah's, I knew. I knew because Jewish funerals are generally all the same. And there is a solace in that sameness. In a format that has changed little in over four thousand years. A format designed to offer direction in this moment of intense crisis and confusion.

I knew that his funeral was on Monday because Jewish law commands that the funeral be held as soon as possible after death. I knew that he had not been left alone for even a second from the time of his death until the time he was buried; that someone had been watching over him since Friday afternoon.

I knew that there would be a tiny closed casket at the front of the room. A simple wood box adorned with a Star of David. I knew that before the funeral his family would gather in a room and each would tear a piece of their clothing, and I knew what that tearing would sound like. I knew that they would sit in the front row and prop each other up as eulogies were given. I knew that before the funeral's end someone would recite "E-l Malei Rachamim," a haunting prayer asking God to grant eternal resting to the soul.

I knew that at the burial Noah's family would take turns shoveling the dirt onto his casket themselves, and I knew that when the burial was over the community would form two lines leading away from the grave for the family to walk through; a symbol of solidarity. I knew they would go straight home to start sitting shiva, and I knew that family and friends would be waiting for them when they arrived. I knew that those same family and friends and even some strangers would pay visits over the next days, attempting to relieve the burden of the Pozners' crushing loneliness.

I don't presume to know what it is like to lose a child in such a violent and shattering way. But it is my greatest hope that these ancient traditions offered a bit of comfort as Noah's family struggles to find light in the darkness.

I couldn't get Noah out of my mind yesterday. And I am still thinking about him today.

May God comfort you among the mourners of Zion and Jerusalem.* 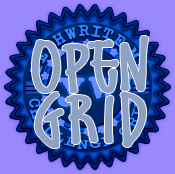 *A hebrew prayer that visitors to a shiva house offer to the mourners
Posted by Samantha Brinn Merel at 10:27 AM