The Day I Should Have Eaten Breakfast. And Worn Pants.

Sitting in the passenger seat of the junior partner's car, it occurred to me that I may have been about to embarrass myself Above the Law style.

When I took the law firm job for my second law school summer, I promised myself that I wouldn't be one of those summer associates who would do anything to impress a partner. But here I was, a mere three weeks into my twelve-week gig, doing exactly that.

It all started with a firm-wide e-mail two days before.

There was a blood-drive in an office park a few blocks away, and the partners were asking for volunteers to get a good showing from our office. I said I would go. I had never given blood before, but figured it couldn't be that bad. I googled around to find out how I could prepare, and all of the websites said to make sure to eat a lot and drink plenty of fluids to avoid getting light-headed.

Unless the day of the blood drive turns into a frantic mess and your ride knocks on your office door before you have time for breakfast, lunch, or your mid-morning snack.

I grabbed a handful of Hershey Kisses for the ride over and prayed to whatever god was listening to get me through this unscathed.

I was hoping to watch someone else donate before it was my turn, but no such luck. I ended up at the front of the line and took my seat, surrounded by twelve other lawyers from my firm.

The nurse hooked me up easily and as the blood started to flow, I laughed at myself for worrying. When the bag was full, another nurse handed me a package of Oreos and a bottle of cranberry juice and told me sit for a few minutes. Thrilled with the snack selection, I thought that maybe I would make donating blood a habit from now on.

The buzzing in my ears was so dull at first that I thought I was imagining it.

But then it grew louder, drowning out the chatter that filled the Red Cross trailer, and bringing with it a wave of nausea that knocked me back in my chair. I tried to lift my arm to get a nurse's attention, but before I had the chance my vision grayed around the edges and I felt myself falling back into the black.

My feet were the first things I saw when I drifted awake.

Confused, I slid my eyes around trying to get my bearings and took in the scene. I didn't have the energy to lift up my head, so all I could do was lay there covered in ice packs and drops of the cranberry juice I had spilled, my legs straight up in the air and my skirt inching dangerously high, as all the other lawyers gathered around me, their faces masks of concern.

And think about how much I wished I was wearing pants. 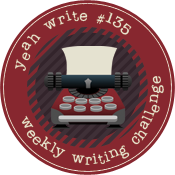 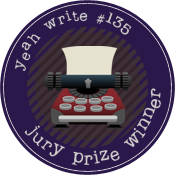