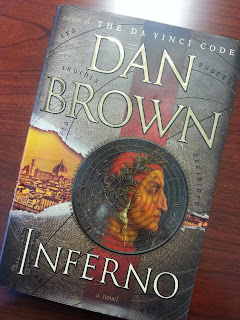 Eight minutes outside of Grand Central station this morning, my Metro-North train shuddered to a stop.

We were in the darkened tunnel that leads straight into the train station from just after the Harlem-125th Street stop. We weren't moving and inch, and the roaring of the engines at full throttle had quieted to a hum as they idled.

The first car of the train where I sat was silent. Designated as the quiet car during the morning commute, no one in this car makes phone calls, has a conversation, or turns up the volume any louder than is necessary for that person to hear his or her own music through headphones. There is barely even any shuffling around to get comfortable in a seat. The people in this car take their commute seriously, and it is a glorious way to start a morning. In complete silence, I drink my coffee and I read my book from the time I sit down in White Plains until the doors open in Grand Central to a brand new workday. I adore these 31 minutes, and have come to depend on them to set the tone for my day.

But this morning, something was different. My 8:01 peak hour train generally sails through the tunnel without stopping even once. In fact, I often don't even notice that we're in the tunnel until the train pulls up to the platform and the doors slide open.

Idling just inside the tunnel is rather unusual behavior for the habitually reliable train.

Two minutes after the train stopped, the shuffling began. All these serious commuters started checking their watches incessantly as the minutes ticked by and still, we remained stopped. They progressed to taking iPhones and Blackberries out of briefcases and suit pockets to check e-mail, and sighing audibly when they remembered that there is no cell service inside the tunnel. Some enterprising - and incredibly impatient - commuters even stood up and started lining up at the door, as if the mere act of rising to their feet in preparation to disembark was enough to make the train start moving. Apparently these people plan their commutes to the exact minute, and an unanticipated train delay throws their perfectly calibrated morning into chaos.

Not exactly a stress-free way to live, in my opinion. Sometimes I feel like a candidate for a heart attack myself just watching people plow through their morning commutes, while I generally float through mine in a haze of contentment that comes from caffeine and a good book.

And what, you might ask, was I doing as the collective blood pressure in my train car started to rise? I was thousands of miles away, racing through Venice, Italy with Robert Langdon and the enterprising Dr. Sienna Brooks as they unwound a mystery centered around Dante's Inferno. Not only was I unbothered by the delay, I was actually hoping it would last awhile. A good half hour or forty-five minute delay and I probably could have finished the book, rather than having to wait until my commute home to pick up where I left off.

As my fellow commuters stared out the window wondering if they could jump off the train and just walk through the tunnels, I plowed through the book and found myself hoping for a mechanical failure or a good old-fashioned train derailment - without any injuries of course. Anything to give me a little extra time with these pages, and these characters.

Dan Brown really knows how to tell a story.

Alas, ten minutes later the engines roared and the train once again started moving. The car was filled with more sighs and muttering as more and more people rose to take their place in the line to get off the train, preparing to fly as soon as the doors opened, only to get caught up in the crush of people trying to get out of Grand Central and up to street level.

But not me. I stayed in my seat, reading, until the very last person got off the train. When the train was empty, I gathered my things and, with reluctance, marked my place and closed the book, saving the final few chapters for later.