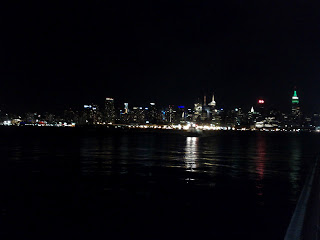 As I approached the exit for 125th Street, the city lights gleamed in welcome.

I was alone in my car, driving down the West Side Highway en route to Manhattan from our new house in White Plains. It was certainly not my first trip back since the move; I take the train to the city every weekday for work. It wasn't even my first weekend trip just for fun. But it was the first time I found myself in the driver's seat, and the first time I made the drive alone.

And it felt strange. Unnatural, even. Because when Manhattan was my home, I rarely left to go north. And when I did, I was never the one driving. So steering my brand new car towards NYC was one more sign of a fact that has been harder than I anticipated to accept.

For a minute, the white lines of the highway blurred as the reality of my new life washed over me.

Saturday night in the city had seemed like a great idea when I made the plans on Thursday night with my best friend. Manicures and dinner. Just like we did for the seven years we both lived on the Upper West Side, mere blocks from each other. Only now, neither of us lived there, and as I approached my exit, I wondered if going back that night was the right thing.

In the three months since my move, I had begun to like my new place quite a lot. The people were friendly, we had a great house on which we had begun to make our mark, and the town was the exact balance of urban and suburban that was a must for two people who had spent nearly a decade living in the busiest city in the world.

But I had come to realize in the past three months that it takes a long time - longer than I ever expected - for a house to become a home. And I learned that it is possible to be, at the same time, excited and hopeful for what lies ahead, and incredibly sad for what was left behind.

And it was the sadness that clung to me as I steered my car off the exit and back into my old neighborhood. I found a parking spot quickly, and, with half an hour to kill, I began to walk the streets I used to call my own.

The brightly lit windows along Broadway beckoned passers-by, offering warmth and welcome, but I continued to walk. Ice crunched under my feet and the bitter cold wind seared my cheeks as I wandered alone around the place that used to be mine.

On every corner I saw myself. As a fresh college graduate, wide-eyed and new to the big city. Walking with my best friends in heels that were far too impractical for the city streets. Carrying a bag filled with heavy law books, on my way to one cafe or another. Strolling hand-in-hand with the man I would marry. Celebrating our engagement. As a newly-wed.

This is the place that made me. These city streets tell my story.

But as I passed a store unfamiliar to me - a store that opened after I left - I realized that they don't tell my whole story. That there is a new chapter to be written, on the streets of a different city, not all that far away from where I stood.

And the clutch that had made itself at home under my heart since I moved away eased, just a little.

When I got in my car to leave at the end of the night, the car was facing south, towards my old street. And for a minute, I considered driving a few blocks out of my way to ride past my old apartment building. To stay on the Upper West Side just a few minutes longer.

But instead, I turned the car around, and headed north, towards home. 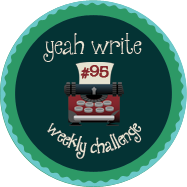 Posted by Samantha Brinn Merel at 10:25 AM