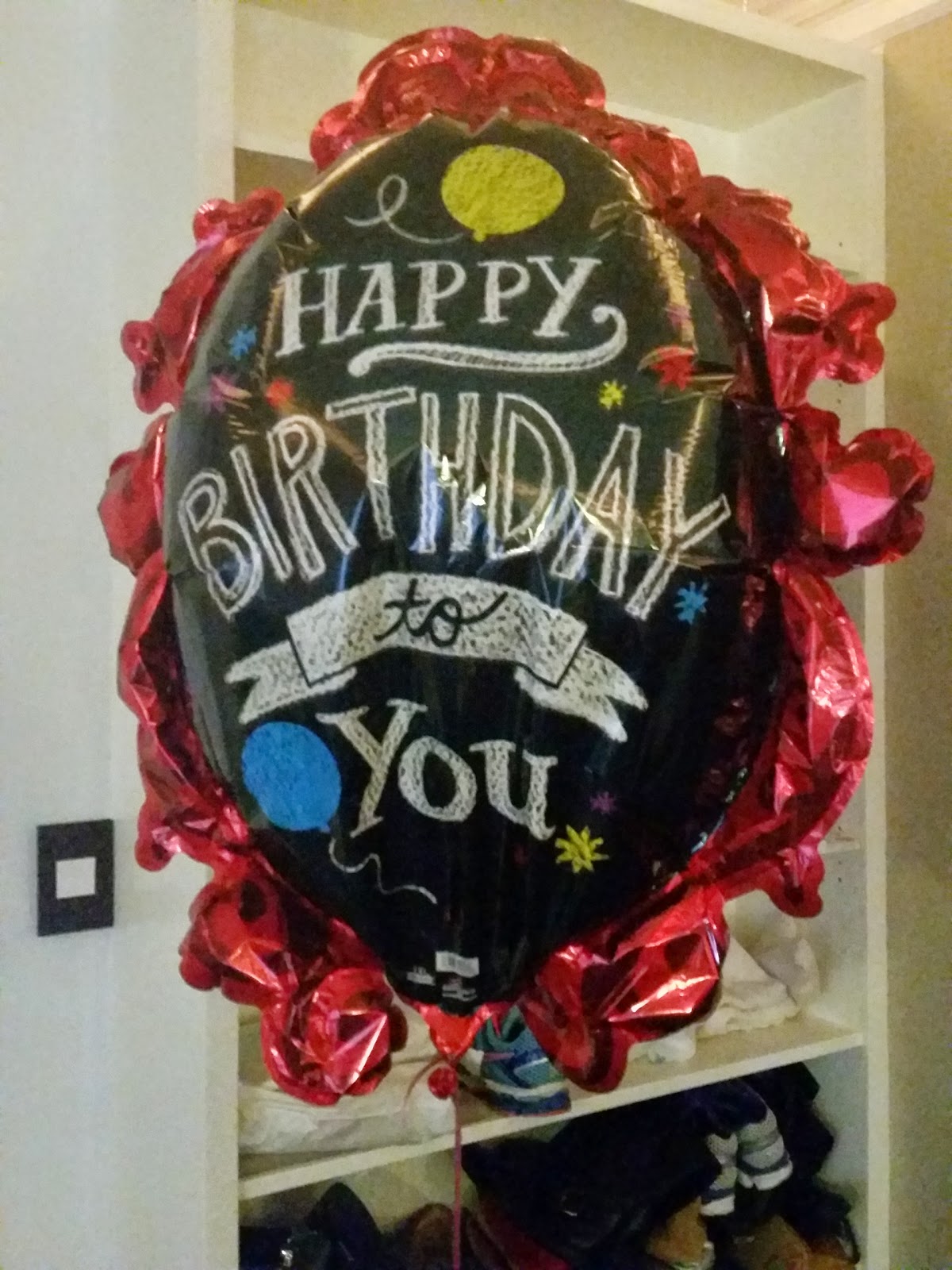 My birthday was eleven days ago. I turned thirty-two.

It was a Saturday. I woke up to flowers at the bottom of the stairs and walked through a surprise snowfall to a friend's house for lunch. I celebrated at night with my oldest and closest friends with dessert at one of my favorite Upper West Side locales and then with french fries and nachos at a Manhattan Steelers bar, cheering for a Steelers playoff win that, sadly, never happened.

I talked to my parents and to my sisters and my niece and nephew sang to me over Facetime. I got text messages from my cousins, a singing card from my grandma, and a glove/mitten hybrid situation from my best friend that made me wonder why I haven't been wearing mittens instead of gloves this whole time.

This is going to be a really big year.

Thirty-two is going through fourteen months of fertility treatments - of hope and heartbreak and grief that brought me to my knees and almost broke me into pieces - and then finding out I'm pregnant on a random and rainy Thursday night this past October after absolutely zero fertility treatments at all.

It is knowing without any doubt that things happen when they are meant to happen. That I can try my hardest to control every little thing, but in the end, there's some higher power out there that may have a different idea about the way it's all supposed to go. Thirty-two is a brand new appreciation for the ways that life can surprise. It is witnessing a miracle in my very own life, and knowing in the deepest part of me that this really was the way it was meant to be.

Thirty-two is laying in a darkened room holding David's hand and staring at a monitor while my doctor shows us a real live person that we created all by ourselves and understanding that this is a moment that will be etched in my memory for as long as I live. It is standing just on the brink of enormous and humbling change and feeling a gratitude so huge that it seems almost tangible in its presence. It is trying hard to soak up these days in the "before" when it is still just us, just two people who met and fell in love and got married and somehow made something brand new that is a little bit of each of us, and knowing that there is something extraordinary waiting for us in the "after".

Thirty-two is realizing that the rocky road that got us to this place is a part of my story now. It is an experience I can't forget or wish away and I'm not so sure that I would even if I could. It seems so cliche to say that - like it's what people always say when they go through something terrible and come out the other side - but for better or worse these months have changed me and have taught me what it means to hold on and to let go and to stop planning so hard for what may or may not be. When I told my friend Alisa the news she said to me, "some things can't be planned when they are already written in the stars," and I know now that she is just exactly right.

Thirty-two understands now more than ever the importance of telling our stories. Even - maybe especially - the hard ones. Because the truth is we all have rough paths to walk and by telling our stories, we allow people who have been there before to walk that path with us, and show us the way through. And if thirty-one was about putting my head down and plowing through the tough stuff, thirty-two feels a deep and abiding responsibility to tell the story of the last year; to turn around and hold out my hand and my heart to the women who might be walking this path behind me. To tell them that I've been there now, and that I can show them the way to the other side.

Thirty-two is tough because the past year has toughened me, but I also know that that's not such a bad thing. Because being tough means making sure I get exactly what's important to me, even if what's important is just to skip the laundry for an extra hour outside in the summer, or to have a really good dessert. Because thirty-two understands that life is short and this is the only one we get and you really don't want to be the one looking back on all the times you should have sat in the sun or just eaten the damn cupcake.

Thirty-two is different than all the years that came before it, and not just because of the big changes ahead.

Thirty-two is taking my health seriously. It is having regular check-ups, actually getting myself to the dentist twice a year, never going to bed at night without washing my face, and finally deciding to make strength training a part of my regular routine because everyone says I'll thank myself later, even if I'm a little skeptical. It is also understanding myself enough to know that no matter how healthy my eating habits are, I will never give up french fries, and I will never learn to like kale because it's disgusting, no matter how many people tell me it's the most super of all the superfoods. Whatever that means.

Thirty-two is making my friends and my family a priority. It is tending to those relationships and feeling lucky in the people who populate my life - people who hold my stories and know me all the way through. It is being old enough to understand that the friends I have now are the kind that last lifetimes and knowing how important it is to have people who knew me then and know me now and will know me when. Thirty-two is remembering the friends my parents had when I was growing up and still have today, the ones who raised me just as much as my own parents did, and being a little stunned to realize that we are that age now and we are the ones watching each other's children grow.

Thirty-two is celebrating a lot of babies, but very few weddings. It is having a house and a mortgage and a community with a synagogue where we pay dues and where I might even chair a committee, mostly because they asked and I couldn't say no. Thirty-two is real grown-up stuff. But it is also having a neighborhood full of people who take care of each other and knowing that we were lucky to end up in this place.

Thirty-two is looking back and knowing that there is a lot of life behind me and that some choices really are irrevocable. But it is also realizing that the choices I have made were more right than wrong, understanding that, hopefully, most of my life lies ahead, and believing, as I stand at the beginning of a brand new chapter, that the best is still yet to come.

So, really, thirty-two is a giant privilege. Because just to be here, to live, to be making a family, to have purpose and people to love who love me back? This is what it's all about. These are the things that matter.

This is thirty-two.
Posted by Samantha Brinn Merel at 11:34 AM