Where A Morning Ritual Becomes Something More

As I stepped through the front entrance to the train station, the sign shone like a beacon in the darkness.

I had, for the most part, been making coffee at home which, while satisfactory, didn't make me feel like a real suburbanite. In my mind, real suburbanites stopped for coffee on the way to work. They had a regular place they went and a regular order they didn't have to place because the barista already knew it. I observed evidence of this phenomenon dotting the train platform every morning, in the form of to-go cups in hands, while I clutched my paper hot cup, bought in bulk at Costco, feeling like an impostor among the more seasoned train-riders.

I was still getting used to moving my schedule an hour earlier to accommodate my commute, and mornings were tight, leaving no time for me to make an extra stop and still get to my train on time. So I figured, for the time being at least, I was stuck with my regular old homemade coffee.

One morning, just a couple of months into our suburban adventure, David needed my car for the day so he drove me to the train and dropped me off at the front entrance, which I had never used before. And when I walked through the automatic sliding doors, the glorious smell of coffee hit me in the face and the sign was the very first thing I saw. 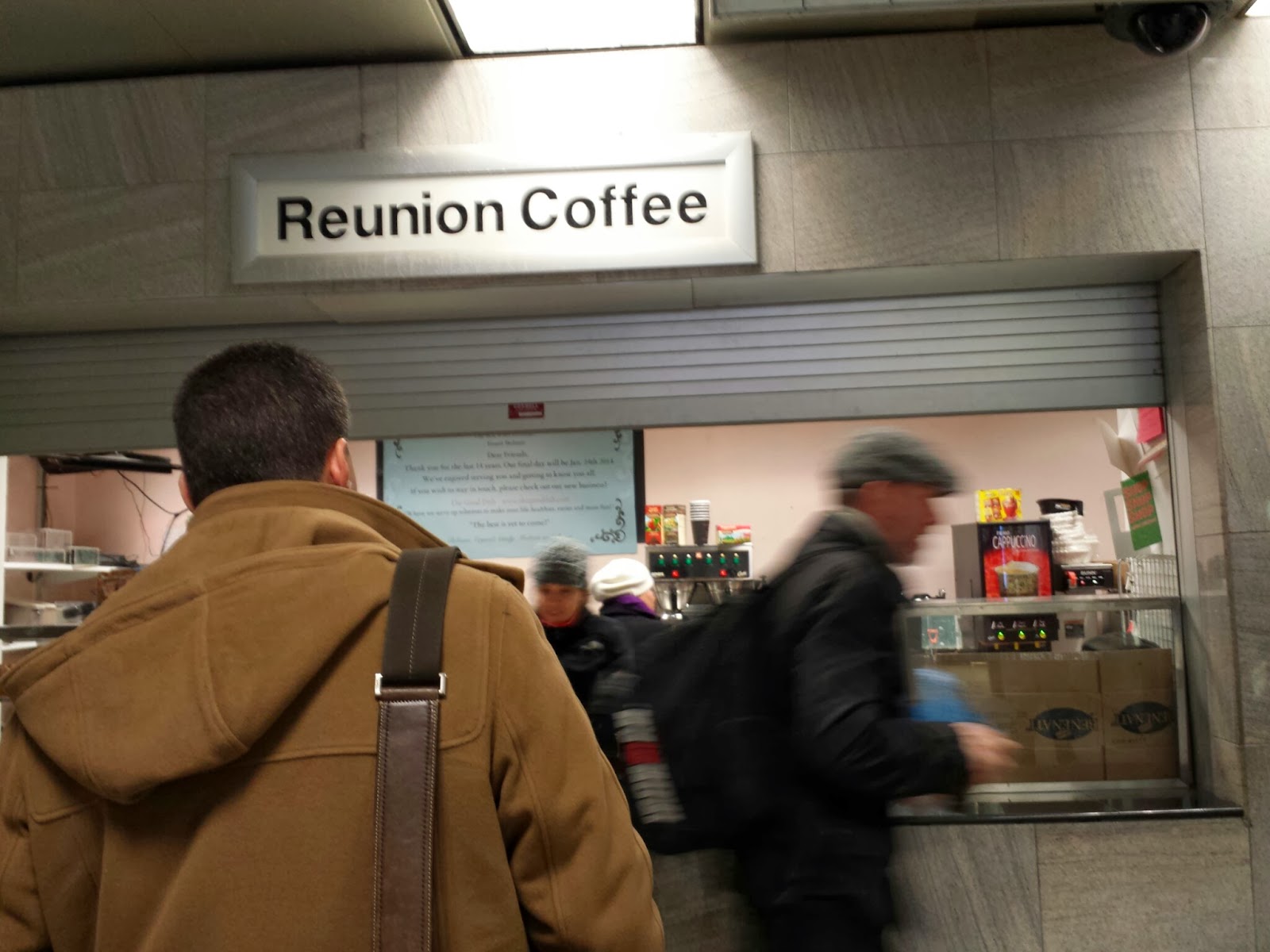 Without even thinking about it I joined the line, and before long I was standing at the window where a smiling woman manned the cash register.

"What'll you have?" she asked.

I ordered a large coffee with skim milk and stepped to the side. Thirty seconds later the to-go cup was in my hand, and I made it up to the train platform with more than a minute to spare.

The next morning I was back in line, but this time I didn't have to order. I had barely reached the window when the cashier looked at me and said "large with skim?"

And so began my morning ritual.

Every day I paid a visit to that coffee shop, and spending thirty seconds with those smiling women who knew exactly what I wanted made me feel more like I belonged in this new place than all the synagogue new member baskets and the hundreds of "welcome to the neighborhood" visits and phone calls combined.

Just after New Years a sign informed us that at the end of January Reunion Coffee would be closing, having lost their bid to renew the lease.

And two weeks ago on their final day, as I expressed my disappointment along with my fellow patrons, it occurred to me that I have been here long enough now to be a part of all of this. The opening and closing of stores, the coming and going of people, the hustle and bustle of lives lived. This new town that is not so new anymore.

And the next day I started making my morning coffee at home again. 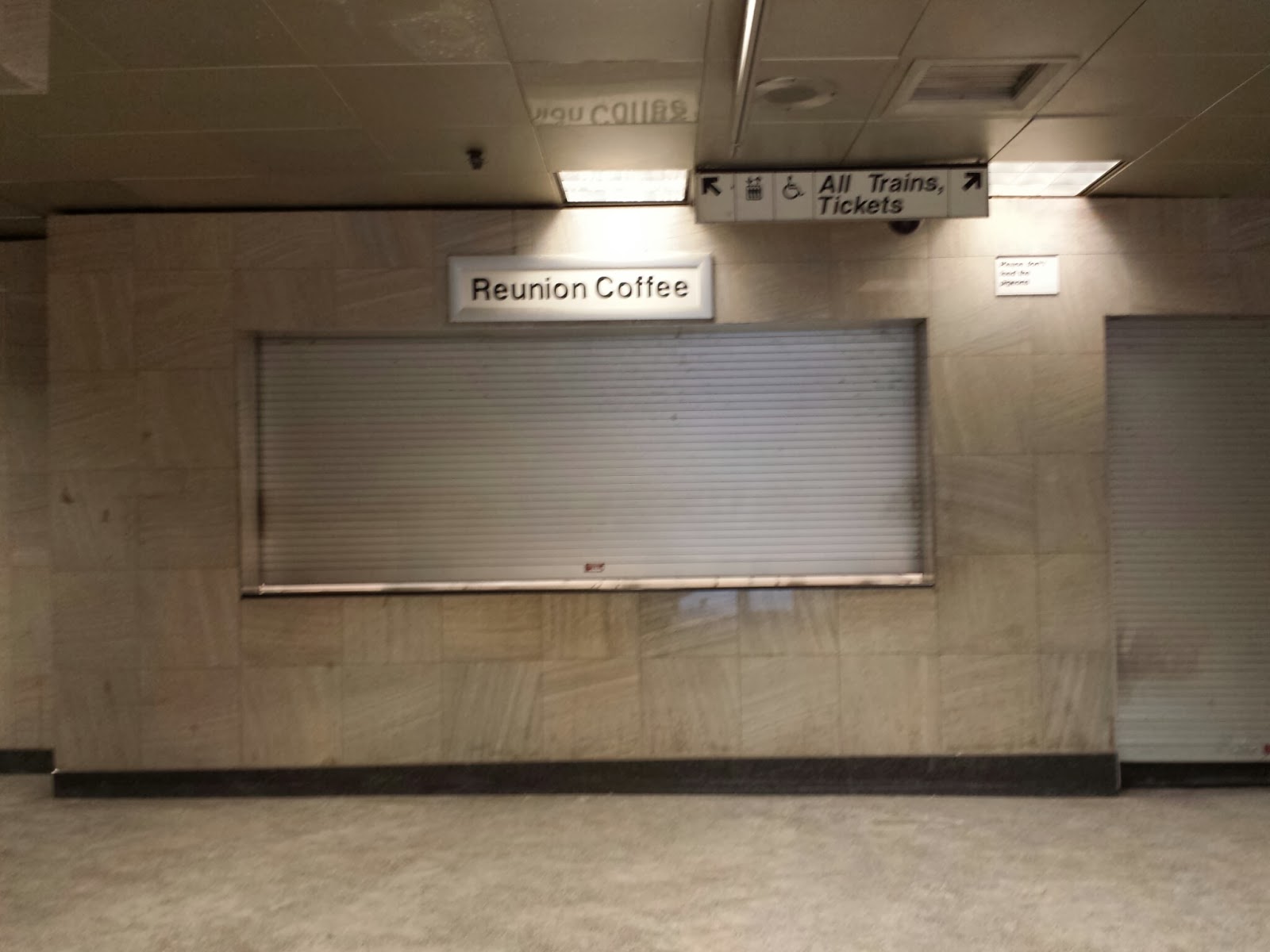