I listened with half my brain as Bill Evans, the dapper ABC 7 weatherman, talked about a hurricane that had just made landfall in Jamaica and seemed to be charting a course for the northeastern coast of the United States.

The other half of my brain was focused on my living room as I organized its contents and wondered how many boxes we would need to pack it all up for our impending move to suburbia that was scheduled to take place in five days. Totally overwhelmed, the only answer I could come up with was, a lot.

I tuned back into the TV in time to hear that the hurricane was a category 1 storm and that New York City was concerned. Unimpressed, I hit the button for my DVR and turned on a Gilmore Girls episode to provide a more entertaining accompaniment to my chores. Having once lived in Florida, a category 1 storm was not something that worried me.

Show me a category 5, I thought, and then I'll get excited.

I had time for packing, moving and worrying about the construction in my new house. I absolutely did not have time for mass hysteria over a hurricane that would probably turn out to be nothing.

So I spent the next few days ignoring the news reports on how bad the storm was predicted to be, choosing instead to focus on saying goodbye to my favorite places in Manhattan and bemoaning the fact that I would be without TV and internet for a few days since we were transferring our cable from the apartment to the new house a few days before the actual move.

When New York Governor Cuomo declared a state of emergency I turned a blind eye. When the people of the Upper West Side took to Fairway and Trader Joe's and emptied the shelves in a panicked frenzy, I refused to join in. Not only did I not want to stand in line to get into the stores, I absolutely did not want to have food left over that I would have to move.

When my move was postponed 5 days and then Mayor Bloomberg ordered the evacuation of parts of the city and the shuttering of the entire transit system, I decided I was pretty lucky to be able to stay in my own apartment, and was grateful for the extra time to pack.

And when the managing partner of my law firm announced that the office would be closed Monday and Tuesday, I celebrated like a 10 year old on a snow day.

On Monday we gathered our snacks, queued up some movies, and I even went for a run along a closed - but very windy - Central Park. As the day wore on with barely a raindrop in site, I started to feel pretty superior for not getting caught up in the hype.

But when darkness fell over New York, and the water started to rise, I realized it wasn't at all as bad as everyone thought it would be.

It was so very much worse. 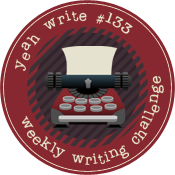 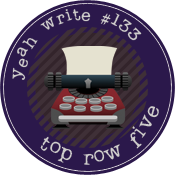