With a little over eight weeks until race day, training for the half marathon I'm running on May 5th has kicked into high gear.

As most long distance runners know, there is a distance threshold beyond which runs are incredibly hard. Not that runs below this threshold are always easy, but just that they are more manageable.

After almost three years of distance running, I have come to understand that this threshold is more psychological than anything else. And for me, that threshold is six miles. Any run shorter than six miles seems, in my head, relatively simple to handle. I can generally do it in under an hour, and it is pretty easy to piece together a six mile route no matter where I am.

But once I get beyond six miles - once I am running for more than an hour - I need a little mental boost. It is no longer acceptable to me to cobble together a route on the streets where I am stopping and starting for traffic lights and busy intersections. The bland scenery of houses and buildings doesn't suit me for such a long period of time - since I don't run with music I need a little ambiance and some distractions along my route.

So it was with some trepidation that I approached yesterday's seven mile run, and the eight, nine, ten and eleven milers in the coming weeks. As you know, I have been struggling with my running routes since moving out of Manhattan. I never really thought much about routes before I moved since I did all my running in Central Park, where there is no traffic, plenty of ambiance and sundry distractions. But now they are pretty much all I think about. Because when one spends a significant amount of one's time running, the route better be good.

I decided on Friday that I needed to find a Central Park-like route that pleased me for the second half of my training season. So I took to the internet, determined not to stop researching until I found some new pavement to pound.

In short order, I discovered the Bronx River Pathway, a trail that runs alongside the Bronx River Parkway from the New York City-Westchester line all the way up to Valhallah - a 13.2 mile stretch. Being a big believer in fate, as I am, I figured it was no accident that the trail spanned the exact distance of a half-marathon. I had to try it out.

So I plotted an out and back route that would take me from the White Plains Metro-North station, where I could leave my car, all the way up to the end of the trail and back for my seven miles. And when I woke up Sunday morning I couldn't wait to get started.

I wasn't the least bit disappointed.

The run was delightful, the trail gorgeous. In some places I had company, and in others I was alone. There were ponds, benches, trees, bridges - all the things I loved about my former Central Park home.

I was so excited about this new development in my running life that I couldn't help but stop along the way to document my first run on the Bronx River Pathway - the first, I am absolutely sure, of many.

Friends, I do believe I'm back. 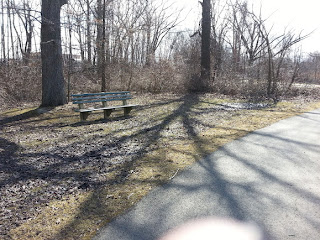 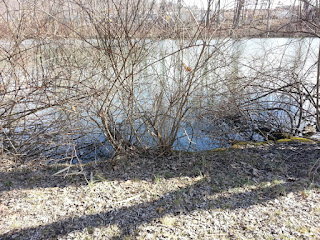 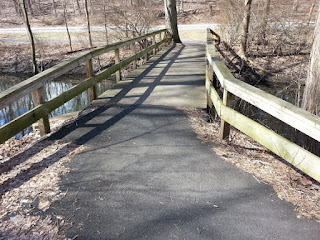 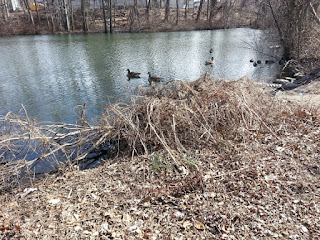 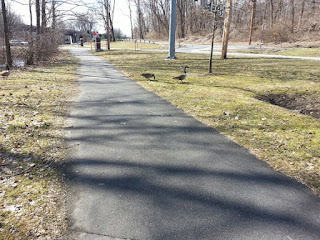