There I Was. There We Were.

Every surface of the room was littered with the tools of the bridal trade. Ten cans of hairspray, diffusers and flat irons, pots of eye-shadow and lipsticks in thirty different shades of pink were scattered across the tables in a jumbled celebration of femininity and behind two chairs stood two women whose job it was to match the right tool to the right girl.

Hair and make-up done and wedding dress on, I stood to the side, wondering if I could risk sitting down or if the dress would wrinkle, something I had received dire warnings about along with the potential for red wine stains, people stepping on my train and ripping the delicate fabric, and the bustle falling down during dancing. I suddenly felt like I was wearing a time bomb instead of a dress. I decided to stand.

For the first time that weekend, everyone was preoccupied with something other than me. It was a quiet moment in a startlingly unquiet succession of days that allowed me to really think for the first time since my wedding weekend started.

I was nervous. Really nervous.

I wasn't nervous about getting married. About that, I felt absolutely sure and utterly serene.

Instead, I was nervous about the day. About all the people who were gathering downstairs to look at me and watch me and take pictures of me and comment on my dress and my hair and whether I should have gone with the pearl earrings instead of the old-fashioned diamond huggies that had been my grandmother's, and whether it was a mistake to take off the veil after the ceremony. About making sure I absorbed every moment of the day since everyone told me that it would go by so fast and that I had to make an actual effort to remember it all, as if my wedding day was somehow something forgettable.

I peered into the mirror, hoping to remind myself that I was still me despite all the makeup and fifty pounds of ivory lace, but with sweaty palms and a pounding heart, I felt more like a zoo animal, kept in an enclosure to entertain the visiting masses.

It was after midnight by the time we got to our hotel room.

I headed straight for the bathroom, unzipping my dress along the way and leaving it pooled on the floor. While I yanked pins out of my hair and scrubbed off layers of make-up, David perused the room service menu since we hadn't eaten anything since morning and were positively famished.

Half an hour later, showered, changed, and considerably more comfortable than either of us had been all day, we sat cross-legged on the massive bed sharing caesar salad and mini bags of potato chips

As we talked and laughed about the events of the day and looked at some pictures that my aunt had just sent over I caught a glimpse of us in the mirrored closet door and finally saw what I had been trying so hard to see since morning. 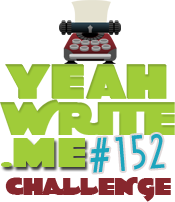 Posted by Samantha Brinn Merel at 10:20 AM